The Americus Colored Hospital was established in 1923 by Dr. W. William Stuart Prather. Dr. Prather, a white physician who operated the Prather Clinic on Jackson Street, was keenly aware of the need for an adequate public hospital for blacks that would provide much needed health and medical care to African Americans in Americus and Sumter County. Relying on a network of friends, he purchased the property using $30,000 of his own funds and went on to galvanize both the Americus Negro Business League and the Americus Junior Welfare League, now the Junior Service League, to raise additional funds to equip and operate the facility.

Upon its opening, the Colored Hospital was the only medical facility in South Georgia where black medical professionals could train, practice, and serve people of color. The hospital operated from 1923 to 1953, and was associated with 33 medical doctors of color, two dentists, two pharmacists, six registered nurses, 18 nursing professionals, and a Nursing and Midwifery School. In addition, the hospital provided a mobile health clinic, a well-baby clinic, pre-natal care, and a cancer clinic. Located directly behind the hospital building, was a working vegetable garden that supplemented the hospital food source for its residents. The facility was a vital lifeline for a poor and marginalized African American community needing quality healthcare. It was also a stabilizing institution that unified and sustained them during the horrendous Jim Crow era and provided opportunities for minority healthcare professionals. In turn, these professionals became community leaders, and laid the foundation for a growing and prosperous black middle-class. From the mid 1920’s to 1942, Americus-Sumter County had the largest concentration of black professionals, business and landowners in the state of Georgia. This included medical professionals, educators, iron works engineers for the railroad, and farmers.

The Colored Hospital ceased operation in 1953, when a new “colored” wing was built under the Hill-Burton Act, as part of the new Sumter County Hospital. As so often in the south, the wing opened, but no professionals of color from the Colored Hospital were hired. This was a devastating blow to the African American community, that forced black medical professionals to flee Americus. This discriminatory action led to a steady decline of what had been a growing black-middle class in Americus, a negative economic impact that resonates to this day, because of lost wealth that could not be passed on to the next generation. When the hospital closed in 1953, the Americus Chapter of the City Federation of Colored Women’s Clubs, purchased the building for operation of a nursery, and a Youth Activity Center for local African American youth. (click here for more information on the Federated Women’s Club)

While continuing to operate as a Community Youth Center, the facility began serving as one of two “Freedom Centers” during the Americus Civil Rights Movement of the 1960’s. The Freedom Center and School, became an important hub for planning and implementing strategy of the Americus Movement, including, conducting adult literacy and citizenship classes for African Americans. These workshops prepared them to pass “literacy tests” required by local authorities, to register to vote. Local civil rights activists organized and established a library within the center with over 8,000 books given by individual donors, colleges, and universities, located primarily in northern states, who were concerned about the lack of public library access for African American students in Americus and Sumter County. 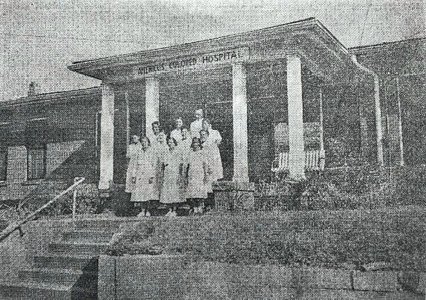 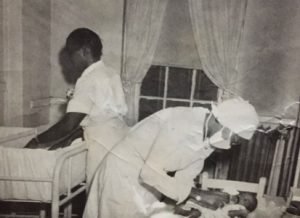 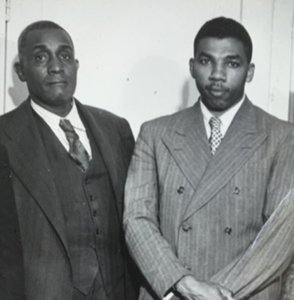