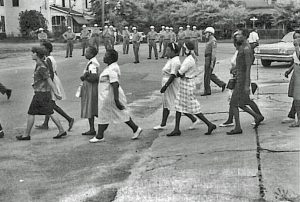 Until Passage of the Civil Rights Act of 1964, segregation by race was the supreme law of the land throughout the southern United states. By law, blacks could not eat in restaurants, stay in hotels, swim in at beaches and public pools, or attend the same schools, universities or churches occupied by whites. Education and employment opportunities were restricted by race, and state, local police, and the courts, upheld and enforced these laws.

Following the Albany, Georgia Civil Rights Movement of 1960-1962, where Dr. Martin Luther King, Jr. had led demonstrations, civil rights activism expanded into Sumter and several other counties throughout Southwest Georgia. At the time, African Americans accounted for over 52 percent of Sumter County’s 25,000 residents, while less than 150 of them were registered voters, indicative of systemic voter suppression and intimidation by local officials. The medium income for whites was $5,100 compared to $1,200 for blacks, who were powerless in challenging the status quo. 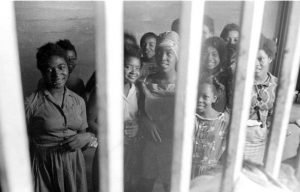 Jail protesters at the Leesburg Stockade. 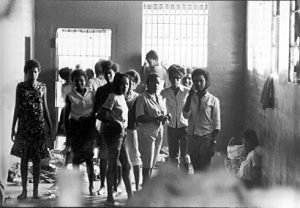 Continued protests forced federal courts to strike down a century-old Sedition law used in Georgia to illegitimately jail civil rights activists under threat of the death penalty. That same court eliminated segregated voting lines for black and white voters in Sumter County, as protests in Americus and across the south, secured passage of the Voting Rights Act of 1965. Finally, Sumter County officials conceded to the Americus Movement demands to appoint two black women as voter registrars, the first ever in its history. They were Mrs. Thelma Smith-Walker, and Mrs. Dorothy Bozeman, both educators in the county school system”.